All material available on our site is provided for research and education purposes and is governed by our terms of use which are available in 'About Us' section of our website. All users are required to read and agree to these requirements before using any material on this site.

If you are using this site for any of the purposes not approved in terms and conditions, you are requested to leave this site. 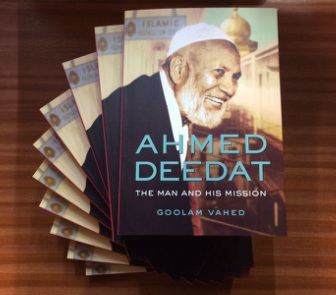 Shaikh Ahmed Deedat, popularly known as the Muslim Scholar of the Christian Bible, is considered to be a pioneer in the field of public talks and debates on Islam and comparative religion. He took comparative religion to a new effective dimension, which involved a comprehensive comparative and critical analysis of the Bible and giving dawah by comparing it to islamic teachings to present audience with clear unambigous view of islam. He received the King Faisal International Award in 1986 for Service to Islam in appreciation to his continuous and serious efforts exerted in propagating Islam internationally. Though Shaikh Deedat has passed away in August 2005, his ardent passion for Da’wah still motivates minds of young Muslims and his legacy continues to inspire people of all ages.
Click here to access Shaikh Ahmed Deedat Book shelf 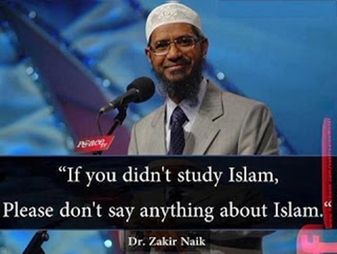 Dr. Zakir is popular for his critical analysis and convincing answers to challenging questions from muslim and non-muslims alike. Dr. Zakir Naik has delivered thousands of public talks in the U.S.A., Canada, U.K., Saudi Arabia, U.A.E., Kuwait, Qatar, Bahrain, South Africa, Mauritius, Australia, Malaysia, Singapore, Hong Kong, Thailand, Guyana (South America) and many other countries, in addition to numerous public talks in India. He has successfully participated in several symposia and dialogues with prominent personalities of other faiths. His public dialogue with Dr. William Campbell (of USA), on the topic, “The Qur’an and the Bible in the light of Science” held in city of Chicago, U.S.A., on April 1, 2000 was a resounding success. Sheikh Ahmed Deedat used to call him “Deedat plus” and once said: “Son, what you have done in 4 years had taken me 40 years to accomplish, Alhamdulillah.”