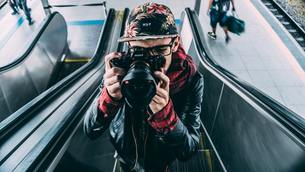 Situation of Journalism in present age:

An ever-increasing negative portrayal of Muslims in western media, increased stereo-typing and its implications in the form of untamed Islamophobia, often armed,  has its roots in unethical approach adopted by some media and print outlets.

Looking at a snapshot of media reporting and journalism in west, we can clearly see following approaches and trends:

Hiding some facts and over-emphasizing others (e.g. mention of religion for some criminals and not for others)
With regards to above points, I would like to clarify that not all the media organizations and newspaper employ such negative approaches and they should be not be stereotyped considering above points to be applicable across the board. There are many ethical reporters and media outlets as well which need due appreciation and recognition for their ethical approach. However, the more prevalent approach seen in media is summarized in above points. There are many examples to support above points, but I do not intend to write an extensive report here. Anyone who follows the news regularly and takes a step-back to analyse what is being reported and how can affirm the point being made.

When we look at Muslim countries, we see some other issues which need due attention as well.
Some of these issues are:
Impacts and Implications:

Intentionally or un-intentionally, media is employing psychological tactics to inculcate certain opinions in masses which are naturally linked to certain reactions. As information is presented with a 'flavour', it leaves that flavour and its after-taste with the viewers which may or may not be consciously aware about. This is where ethics is missing. Journalism has to present clear facts without twisting any information to support any particular agenda. All journalists should leave their bias aside when they choose this field.

Media and journalism approaches in west are leading to the ever-high Islamophobia. There are numerous attacks on Muslim women in public areas which never make it to mainstream media (at least not until now). Pictures and videos of such incidents can easily be seen on facebook pages run by activists, Muslim and non-Muslim, who are united against violence and hate. We also see 'sikhs' being attacked being confused as Muslims. Mosques get vandalized and broken into. In a local mosque in our community, there were 13 acts of vandalism, hate and breaking in during last 12 months. Did anyone see this in media? There is a clear linkage between all this! A massive majority of Muslim scholars, all those with authentic scholarship, denounce all forms of terrorism and have expressed this on a number of platforms. Despite this, we don't see this being presented in media with much emphasis, if at all. Due to all this, communities are dividing and living in west is becoming increasing difficult for Muslims.

What needs to be done:

Muslims have to educate themselves on journalism, become the very best in this field, and do ethical journalism clearing confusion and misrepresentation spread around deliberately or in-deliberately, by those who let go their ethics to their bias and support certain hidden agendas promoting hate and division.

In addition to participation in mainstream media, Muslims also need to open up their own media outlets to reach masses with truth and correct information.

Online reporting is also an area considered by many as future of journalism. This has to be explored and championed as well for the sake of humanity, mutual respect and most importantly our own identities.

Last point that I would like to emphasize is the fact that present age is the age of interdisciplinary studies. Mastering only one area may not be enough. If you choose to go-ahead with studying journalism, you need to couple it with other relevant branches of knowledge as well. We strongly emphasize being literate in our religion first to a level that can help you distinguish between what is right and what is not. In addition to that, fields such as psychology, sociology, marketing, law and IT may also be helpful in enabling you face the future challenges with greater preparedness and competence.


DISCLAIMER:
Not all of the following books and media are not authored by Australian Islamic Library. Information below is provided for educational and research purposes only. Library may or may not agree with all ideas and opinions in these books.

English - Covering Islam: Challenges & Opportunities for Media in the Global Village
Syed Faris Al-Atas
Note: We have reviewed the keynote addresses and preface of the book (conference proceedngs) and have found this book to cover many important issues such as balanced reporting about Islam and Muslims, important knowledge and backgrounds that the reporters are required to have, requirements for 'even' and unbiased reporting and other important considerations. HOWEVER, as we have not read the full book, it is up to the readers to identify the correctness and authenticity of all of the information.
Download

English - ISLAMIC STATE PROPAGANDA AND THE MAINSTREAM MEDIA
Lauren Williams, Lowy Institute, Australia
Review: This report presents a very understandable thesis. According to it Daesh used sophisticated media attraction techniques which many of the media outlets readily fall prey to and knowingly or unknowingly become a partner in propagating their message. The report also highlights the three main media aims of Daesh's propaganda which are an important thing to know. An overview of policies followed by various media agencies and news outlets, along with their critique, can lend assistance in the formation of long-term strategies in this regard.  The authors have highlighted the fact that the type of coverage media and prominent personalities give to Daesh can result in giving them legitimacy as well as cause alienation of Muslims within the Western societies. This makes such Muslims to be more vulnerable to become preys at the hands of Daesh. Knowing this and other important information can prevent youngsters from getting radicalized.
What we do not agree with in this report is as follows: Download

English - News Analysis of U.S. TV news and international business papers 2007-2013
(A comprehensive analysis showing the approach many media outlets are following regarding the portrayal of Islam and Muslims in the mainstream media)
Download
​
​English - ​BBC Journalism Skills: Principles of good writing for news​

English - Reuters Handbook for Journals (500+ pages)
(Note: We have tried to review and check this book from various angles and nothing objectionable is found in this. In fact, the way it treats the common mistakes that most media outlets do nowadays is quite impressive. However, as we have not read the whole book, we cannot guarantee correctness of all the contents).
Download

English - Solutions Journalism
​(This is ​an extremely important form of journalism which highlights the solutions to problems and present the brighter side of society).
Watch Video 1, Watch Video 2

English - The Perception of Islam and Muslims in the Media and the Responsibility of European Muslims Towards the Media
Mirza MEŠIĆ, Imam, Professor of Islamic History at the Zagreb, Madrasah, Zagreb Mosque, Zagreb, Croatia
Download

English - The Representation of Islam in Western Media: The Coverage of Norway Terrorist Attacks
Emad A. Alghamdi​, University of Melbourne, Australia
Download
The Rise & Fall of the Muslim Ummah and the Printing Press - Dr. Yasir Qadhi

​Lessons from History - In this special lecture, Shaykh Dr. Yasir Qadhi discusses the political rise and fall of the Muslim Ummah and how it coincides with the development of paper and the spread of the Printing Press.
Powered by